So I am officially announcing to the world (via a post to be published at a later date), that I have begun the adventure of trying to make a baby! 👶🏻 🍼 ❤️

I’ve been vaguely toying with the idea of turning to single motherhood (SMBC or Single Mom by Choice as it’s known around the interwebs) for about a year and a half. I’ve been flirting with the world of online dating for AGES with nearly no success - that’s its own looong story - basically I’ve dated here and there including a 6 month relationship about 3 years ago, but no one I could see a future with, a LOT of losers, a LOOOOOTTT of men in my age bracket not looking to expand their family (my main dealbreaker).
SO, this past January I decided if still single by my birthday I would look into sperm donors. And the second I let that thought take root, it grabbed onto my heart and still hasn’t let go. I knew this felt right from the getgo. Yes, it would mean putting dating in the back burner for a bit, but since my success rate was essentially nil anyway, no big loss there. I figured my soulmate would still be waiting for me at the other side.
I made an appointment with a Reproductive Endocrinologist which was set for mid-March (so soon! And so far!)
I let my mom and sisters know of my thoughts at Valentines Day - I think they were surprised, but supportive, but didn’t take it very seriously (when I brought it up again before my first appt they had all basically forgotten!) 😂
I met with the RE, Dr Houmard, a very nice lady who assured me that despite my age (37 and closing in on 38 quickly) I should have no problems getting pregnant. I did a bunch of bloodwork, found a sperm donor I liked, and waited for my next period to show up - I did my first IUI (intrauterine insemination) in April, my second in May - both unsuccessful. However, as I have found through my extensive research, IUI has about a 15% success rate with each attempt, so not overly surprised that they didn’t work.
I could have kept going with IUIs as many months in a row as I wanted. But, I had now passed the 38 year mark, and statistically I knew that my fertility would only be going downhill from there. So I met again with Dr H to ask her about other options. My main questions: which option was most likely to work, and which option might increase my chances for a sibling in the future (god willing). The answer? IVF with freezing any embryos that might make it to be transferred at a future date.
This is the expensive option, but multiple studies have shown that going to IVF earlier is actually cheaper in the long run compared to doing numerous IUIs...

A slight hiccup in all of this: I am spending half of August in Ireland, which means I could either try to do egg retrieval in July and freeze any embryos I got for a future cycle, or wait and do the egg retrieval in Aug/September after I get back, with the option to either freeze or do a fresh embryo transfer.
That’s my current plan, and I’m spending the summer taking as many vitamins to help with egg health and fertility as I can stomach, eating healthy, keeping my weight down, and trying to enjoy freedom in the hopes that come next summer I’ll be blessed to be overwhelmed with a baby! 🤞🏼🤞🏼🤞🏼

I’ll write more in the future, on the details and the meds and everything else to go on this crazy ride... 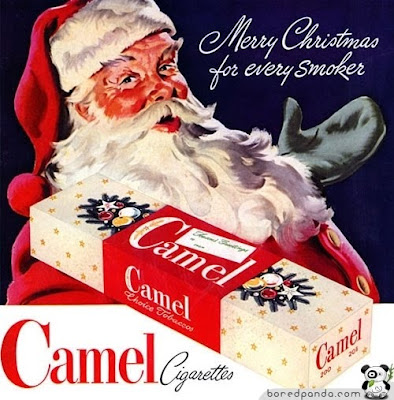 even Don Draper would roll over in his grave...

a few vintage ads... ones i think even Mad Men would balk at. the first one's for you Cara... 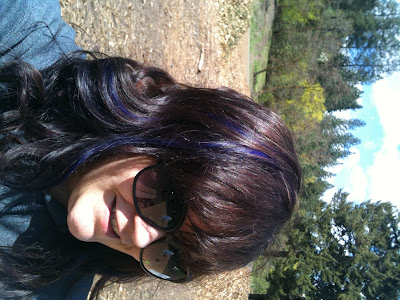 Just a few things we've been up to lately... i switched my hair streaks from pink to purple last night... sorry for the crappy self-pic... my girl still LOVES the dog park... except she doesn't really play with the other dogs. she mostly mills about by herself. what a goober. The new tat... upside down... i love it. 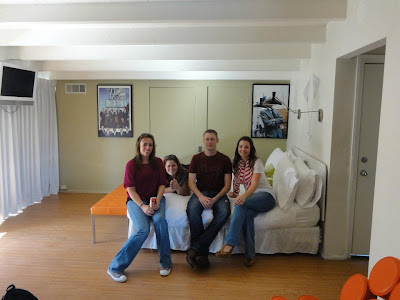 After a super rough week last week, with Grandma Gay's passing and funeral, a vacation was in store! Bethany turned the Big 3-0 on Monday, and decided she wanted to do it in Palm Springs! I was all for it, as Vegas seemed a bit played out. And it is cooooold in Spokane right now. Well, it was a fabulous weekend. I haven't laughed so hard or so much in ages. Just what the doctor ordered. Here are just some of the many adventures we had, in possibly the cutest hotel EVER. Michele, me, Scott and Bethany posing in our room (B and her hubby Brian stayed next door.) Seriously? cutest hotel ever. Totally "Rat Pack-y" Bethany is the QUEEN of doing super cute decorations for our birthdays. So Mish and I tried our hardest to return the favor! Not sure if we quite met her level, but it was still cute! The view from my room! The hotel only had like 10 rooms, and come Sunday we pretty much had the run of the place!!! It was awesome! (Also, those cabanas at the back h